the children of abraham 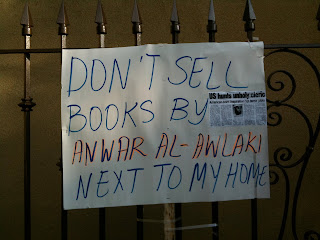 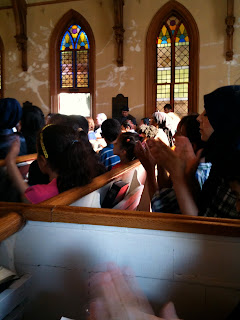 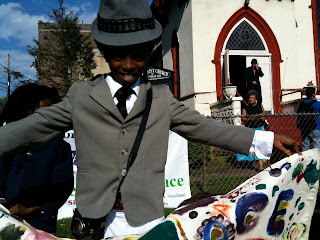 Posted by sooznham at 7:28 PM No comments: Links to this post

As promised -- Lettie Lee asks a Question, the movie. Lettie made it as part of a documentary workshop, which I ran back in Spring, 2007 for survivors of Hurricane Katrina. It may be the only funny Katrina film you'll see.

Posted by sooznham at 7:09 PM No comments: Links to this post 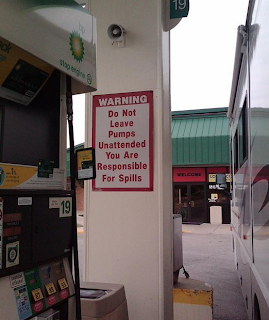 Danger:
Men at Work
My mother and I had a private joke about that oft-displayed warning sign, DANGER: MEN AT WORK placed at the edges of construction sites. I notice that it's not used as much these days, probably because it would violate the Equal Opportunity in Employment laws. And yes, of course, women might do something as stupid as all those guys working for BP, but it's still a good bit of dark humor, I think.
Though, if you pressed me, I think there was some machismo and very traditional boss-man on underling power play at work in the decision to push on through known weaknesses in those systems we've been hearing about ad nauseum -- the blowback prevention system and well casing. Watch the red, terrified faces of the engineers responding to Congressional questioning. They knew. They knew! And they were forced to go on. The BP staffer in command -- I believe someone w/o any real knowledge of things geological and deepwater engineering -- said, in spite of just being told 'this is risky,' DO IT. (that is, drill baby and shut up)
The question tickling my brain insistently, mosquitolike is -- why? Why override the recommendatiaons of the guys who knew? The engineers with their eyes glued to the pressure gauges, water flow rates, oil flow rates, that troubling spot on the monitor, glaring at them like an enlarged wart.... the experts. OK, maybe it wasn't machismo. It was, some will say, pure and simple -- greed. That's black gold down there... I guess it doesn't matter. In the end.
Rudy, who cuts my hair occasionally, and prattles non-stop about his latest projects -- these charming black paper masks, Barcelona and lately geology -- wonders whether we're not disturbing something vital by sucking so much oil out of the earth. Maybe that's what keeps the techtonic plates from crashing into one another he muses. snip. snip. Earthquakes seem common lately. Or is it just a coincidence? We'll find out later. Snip.
He happened to be cutting a client's hair, he told me today, and she happened to be a geologist. From the Middle East. I stopped watching how much hair he was snipping off, to my later regret. 'And I led her through telling me what she does' he went on, clearly proud of his drawing out technique. 'She consults for oil companies. ' It must be great to have them asking you for your advice.' Rudy finally, as he was gelling her bangs, asked this geologist client what she thought about sucking all this oil out of the earth's crust. Was it a risk? She didn't know. And if she doesn't know, who does? Rudy said, gelling my bangs.
That oil isn't there so we can drive SUVs he pronounced. No, it's not. Where do we start? I thought that one entryway into revising 'how we do things' is through, well, the basics. Like attitude. Back to the lowly engineer, doing his job, but without any say-so, authority. Without respect, aauughhh, it sounds so beside the point, complaining about the lack of respect awarded a man on the bottom rung of the ladder, when an ecology is being killed. But maybe it isn't. Ignoring that man had huge consequences. Yes, there were formal precuations that should have been place. Rules. And maybe they will be installed (as always, after the horse has bolted). But there will always be crises, moments when you've gone past the chance for thoughtful, bureucratic review. You're up against it. And there are two, three ten of you. What happened was the failure to really inbibe what was being said, and to respond... The head is cut off from the body. And the body, well, dies.
I recommend you see the film, Secret of the Eyes, (Secreto de los Ojos. From Argentina, it won the Academy Award this year for best foreign film.) where the filmmaker makes a concerted point -- amid several subtle and wonderfully suspenseful, intertwining plots -- about this kind of bullying top down, and poor fellow/drunkards attempting to bully up, and just, well, between and among all these guys, half the time ending in threats and blows. These tipos. In this film, whenever two or more guys talk with one another it's to shrink their supposed opponent to the dimensions of a worm. But moments of friendship -- kind, warm relating between men -- happen, and when they do -- as between the main (Pacino-like) protagonist, Benjamin Esposito and his office-mate, Senor Sandoval -- it's like an oasis, a respite in this otherwise brutal assaulting mode of conversation.
Here's to oases.
!hasta luego
Posted by sooznham at 5:17 AM No comments: Links to this post